The Time has come – will you step up?

“In a civilized and cultivated country wild animals only continue to exist at all when preserved by sportsmen”. – Theodore Roosevelt.

If we told you that sheep were endangered, what would your reaction be?

Would it be one of emotion- filled with anger and disappointment or would you question the motivation behind this statement and fight back with science and fact?

If we told you that you could do something about it and make a difference, would you take that stand?

We cannot afford to sit back and stay complacent nor silent anymore.

This is the fight we are facing as hunters and consumptive users of our backcountry in British Columbia.

Unfortunately, once again social pressures are being used to try to pull the regulations lever to close regulated hunting in British Columbia.

The Wild Sheep Society of B.C is against this latest attempt to ban hunting of ‘large carnivores’ in our Province.

Thinly veiled under the guise of conservation, a concerted attack is now in place against ‘large carnivores’- specifically named are black bears, cougars, wolves and elk as they are mentioned as ‘trophy hunted only’.

Noted in this same push by anti-hunting groups are bighorn sheep, part of our very life blood as an organization. We know firsthand that these sheep are so much more than the ‘trophy’ as claimed- that they are an icon of the hills that we care so passionately about. And that through our annual sheep counts as volunteers, know that there are no dangers of extirpation.

Why should I care?

While you yourself may not hunt predators, this is the proverbial death by 1000 cuts that slowly erodes our opportunity to hunt. The grizzly bear hunt was just the tip of the iceberg, and this must be our hill to die on. They will come for more. It is not hard to see when you read between the lines that they want a complete removal of hunting as a whole.

What can I do to help?

Fill out the form where it says “STEP 1 LOCATED HERE” .  An email will be sent with your name and email to BC Premier Horgan, FLNRORD Minister Conroy, Environment Minister Heyman, Minister of State for Lands and Natural Resource Operations Nathan Cullen and the MLA that represents you (as selected in the dropdown menu).  We will use the message in the letter below the form to send your message to our elected officials.  Our goal is to deliver 25,000 of your letters to the B.C. Legislature in June. With your help we can surpass this goal.

Send an additional physical letter to your elected officials Click the link HERE to find your MLA- all you need is your postal code.

A template letter can be downloaded, edited and printed at: EDIT FORM LETTER HERE

Please ensure you fill out the ONLINE letter as well.

Meet with your MLA in person- and continue this engagement. We know from past experience, that these are the most effective ways to drive change.

The future of sound wildlife management depends on your action.

Please join us and call on your MLA and B.C. cabinet ministers to not socially manage wildlife, and to instead rely on the science presented by our biologists. 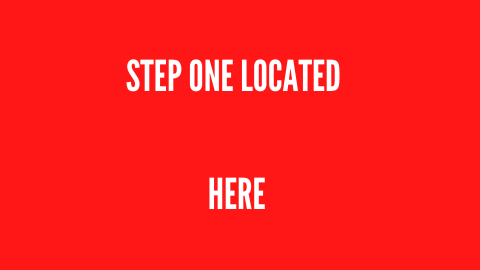 Ask the BC Government to Support Science Based Wildlife Management

I am writing to you as a concerned citizen, conservationist and resident hunter.

Once again there is a concerted attack in place against hunting, specifically, the hunting of ‘large carnivores’ in British Columbia (B.C.).  The species that have been highlighted are black bears, cougars and wolves. Outside the ‘large carnivore’ designation, bighorn sheep and elk were also included in recent articles. All of the species mentioned in the articles and documents submitted to government are suggested to be ‘trophy hunted’.  However, black bears, cougars, bighorn sheep and elk are highly sought-after sources of protein and are not currently in danger of population declines by regulated hunting.

Also mentioned in recent attack articles are the wolf management and caribou enhancement programs. Both programs are proven science based approaches that have had immediate positive impacts on caribou populations.  The success of these programs is summarized in this short article:  https://www.cbc.ca/news/canada/british-columbia/caribou-wolf-cull-1.4915683

I am against wildlife being used as a political pawn and I am firmly in support of science and evidence based management of wildlife and their habitats.

B.C. has approximately 110,000 resident hunters.  There are between 120,000 and 160,000 black bears in B.C. with a harvest rate of approximately 3% (3,600 to 4,800). Putting it into perspective, in 1980, it was estimated that there were 35,000 to 90,000 black bears in B.C. and a targeted harvest rate of about 4,000 animals.  The recent articles in this attack on sustainable, science based and regulated hunting try to make the argument that black bear hunting isn’t socially acceptable because “2% of hunters polled, identify as bear hunters” which simply isn’t the truth based on the numbers noted above.

Ungulate populations have dropped to abnormally low levels in some parts of the province and predator populations have exploded across the province as a whole. The government has taken proactive action to prevent further loss to ungulate species by allowing regulated hunting of predators. Predator (or ‘large carnivore’) hunting has been relied upon for generations to manage wildlife populations and generate revenue for wildlife conservation. Once again emotionally driven campaigns are attempting to interfere, risking the loss of our social license to continue to hunt in B.C.

Furthermore, if the attack on predator hunting is successful, Guide Outfitters, taxidermists, meat processors and countless other communities will again face catastrophic loss as with the grizzly bear hunt closure. It is unacceptable for the government to rely on uninformed public opinion polls and emotionally driven campaigns when making wildlife management decisions. When B.C. businesses are already suffering as a result of the pandemic, we expect better decisions to be made than happened in 2017 and implore the government to act on science when it comes to wildlife management.

I appreciate you taking the time to read this. I look forward to your response and support of my concerns. 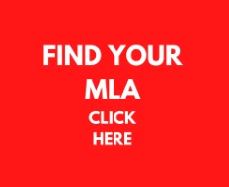